It is well known to anyone who follows Korean media that youth is worshipped as much as it is in Hollywood. I too am pretty much guilty of liking a fair number of actors in their twenties, but I do however have a great amount of respect for the older generation of actors on whom I sometimes rely to carry a film or a drama.  In the end, never forget – all pretty boys become adjusshis! So here are my top three more mature actors whom I think everyone should appreciate more!

I first encountered Baek Yoon Shik in ‘The Art of Fighting’ at the London Korean Film Festival a few years ago. Of course at that time I was focusing my eyes mostly on Jae Hee, but in the last year after seeing him in two drama roles that I decided he was one of my favourite Korean actors and have been backtracking my collection to rewatch his films.
His style is unique – handling all roles with unblinking and serene expression into which he works subtle nuances of emotion that make the roles he plays so intriguing to watch. Its a style that has you unwilling to look away in case you miss that one crucial flicker of emotion that hints at hidden turmoil.  The roles I have seen him in are mostly gangster roles, excelling in them not because of violence and gunplay, but for the sense of humour with which he conveys even the most ‘dangerous’ of felons.

If you are keen to see some of his work – I do recommend ‘The Art of Fighting’ and ‘The President’s Last Bang’ and, drama wise – ‘Harvest Villa’ is one of the best in my opinion. ‘Save the Green Planet!’ is a film I’ve not yet seen (the shame of it I know!) but he’s in that too – so a little something for everyone.

Another fine actor is Lee Moon Shik who takes on comedy roles with skill and a winning smile. I’m not sure where I first encountered him, possibly the TV series ‘Iljimae’ or perhaps ‘Fly, Daddy Fly’  (I was looking at Lee Jun Ki you see…) but he has excellent comedic timing which, combined with the warmth and kindness he conveys makes every role I see him in enjoyable.

He is not the sad clown mind you, as time has gone on, he has taken on roles with a  bit more bite to them. He is better known on the small screen than in cinema, but his role in ‘Fly, Daddy Fly’ is one of my favourites. He has acted with co-star Lee Junki on several occasions and the two of them have excellent timing and chemistry together.

I’d like to see Moon-Shik do a really gritty role that shows of what he is capable of. 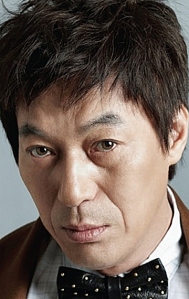 No-one does menacing like Kim Gab Su. Period. Small screen of big he always manages to get that chilling sense of total disdain for his opponent. #

Again far better known on the small screen than in cinema, though I hope respect for ‘I saw the devil’ will change that! ‘His not to menacing role in the film ‘A Tale of Two Sisters’ is probably one he is is better known for.

He can play sympathetic just as well as menacing, but i do rather like him in menacing roles.

This is a text widget, which allows you to add text or HTML to your sidebar. You can use them to display text, links, images, HTML, or a combination of these. Edit them in the Widget section of the Customizer.
%d bloggers like this: